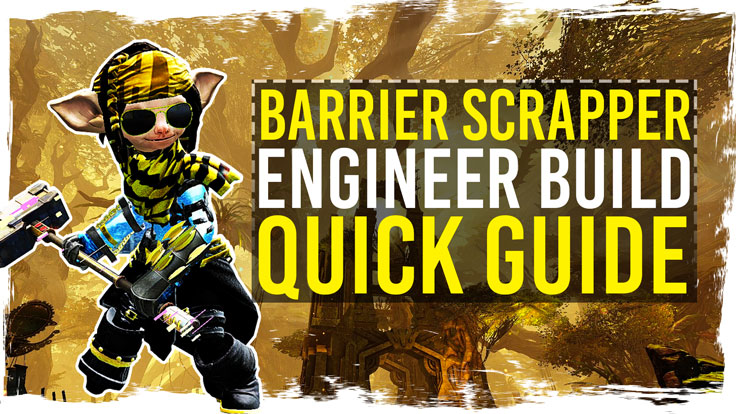 A Quick build guide for my new favorite Barrier Scrapper. Check the article for more details, and enjoy it as much as possible:-)

Today let's take a look at my variation of the popular PvE Barrier Scrapper.

This build has many variants. Mine is a bit on the defensive side.

The gameplay seems simple, but it has a bunch of hidden synergies you have to learn.

CCs are not great, but also not terrible.

Unfortunately for some bosses, it's not enough, even all of it together.

Self-buffing is also quite simple, and important. Besides the Boons themselves, you will get healed with each application with the trait Compounding Chemicals and Reduce incoming damage with Iron Blooded.

Now let's take a look at Barriers. The Barrier is a temporary over shield that acts like extra health above your regular pool and depletes before it.

The Barrier is not the only thing keeping you alive. Self-healing is just as important.

Condition Cleansing might be a bit issue here, but with all the Barriers, and self-healing, not that pressing actually, or at least I've never felt it.

And that is all you need to know.
I will admit it's not exactly a beginner-friendly build, but on another hand, not the hardest one.
It's very proactive and fun to play, probably the most enjoyable build I've ever played with the Engineer.