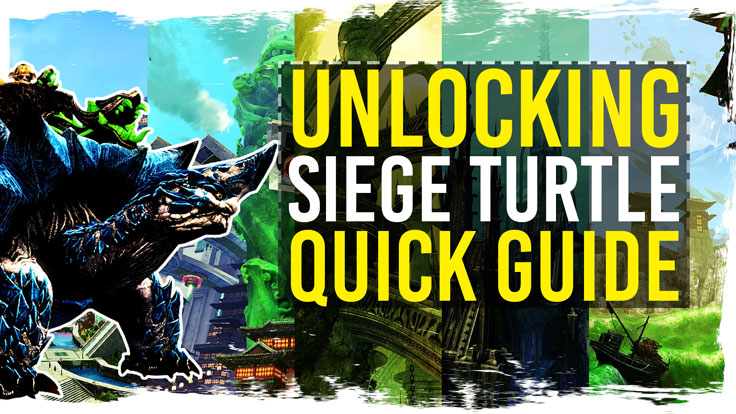 Today we will unlock the newest mount that came with the End of Dragons expansion. The Siege Turtle.
This mount has only a few specific uses and doesn't offer any movement advantage over other mounts, so you probably won't use it every day. If ever. However, I will show you why you would definitely want it anyway.

So as I've just mentioned, if you want to enjoy quality time with your Turtle, you will need the End of Dragons expansion. There is no way around it. While the unlocking process technically isn't tied to the story, you will need to get to the point where you unlock the Arborstone since the NPC dwells there.

Two paths lead to the Turtle Egg, which initiates the unlocking process.

Stomping Around has three sub-collections you have to complete. The first 2 - Starting Small and Getting Stronger are straightforward.

The third collection, Suiting up, takes a bit more effort. You can complete those tasks in any order you want.

As I mentioned at the beginning, there is a reason why you should get the Siege Turtle no matter what.
And that reason is its masteries, what unlocks once you get it.